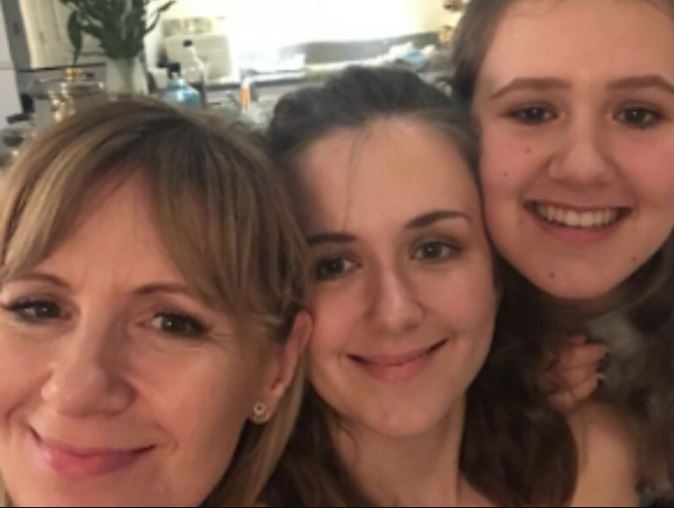 Samantha Brousas  49-year-old from Gresford died less than 48 hours after she was left waiting in an ambulance outside Wrexham Maelor Hospital without treatment in February 2018.

Samantha Brousas died after she was left waiting for an ambulance while suffering with sepsis Credit: Family photo

She was described as having a cold early last year, which developed into flu-like symptoms that would not go away.

Samantha Brousas died on 23rd February and an inquest at Ruthin heard how paramedics and her daughter Sophie, a medical student, suspected she had sepsis.

She arrived at the hospital on 21st February and had to wait in an ambulance in the car park for almost three hours, despite being diagnosed with the life-threatening condition. Despite these failings, the coroner concluded that these did not, on a balance of probabilities, cause her death.

When Ms Brousas was finally admitted to hospital, her condition deteriorated quickly.

Professor Solomon Almond, an independent expert, said that Miss Brousas survived so long because she was so fit, but was so ill that she was “destined to die” by the time she reached hospital.

To have more than a 50-50 chance of survival she would have had to be admitted before 12 noon on the 21st. The ambulance was not called until later that afternoon and with the emergency department under extreme pressure, she was kept waiting.

Among the failings identified in the wake of Miss Brousas’ death were that the paramedics should have pre-alerted the hospital on their journey – that is now the policy for all sepsis patients – and the triage system for patients kept in ambulances has been tightened.

Brendan Lloyd from the Welsh Ambulance Service, said there are “clearly lessons to be learned” from the case and they have taken a “number of steps to improve patient safety”.

“Our ambulance service exists to preserve life so it was with a heavy heart that we learned of the death of Miss Brousas and we extend our deepest condolences to her family.”

“Supporting our health board colleagues to reduce handover delays at hospitals remains a priority, and it is encouraging that there has been a significant improvement at Wrexham Maelor Hospital this year compared to last.”

“That said, we absolutely recognize that there is more we need to do in order to fulfill our vision of becoming a leading ambulance service providing the best possible care.

“We accept the conclusions of the Coroner and would once again extend our thoughts and sympathies to the family of Miss Brousas.”

A spokesman for Betsi Cadwaladr University Health Board said the health board has made “significant improvements” but it recognizes there is “more to do”.

“We fully accept the coroner’s verdict today and we would like to extend our deepest condolences to Miss Brousas’s family.

“We know that lessons must be learnt. Over the past 18 months we have worked with our partners in the ambulance service to improve the way patients are transferred when they arrive at hospital. This has already brought about significant improvements for patients and our staff who care for them, but we know there is more to do. “