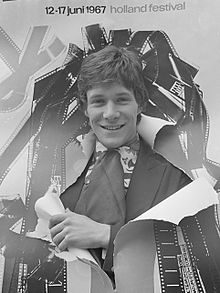 Paul Jones (singer) is an English singer, actor, harmonica player, radio personality and television presenter. He first came to prominence as the lead singer and harmonicist of the successful 1960s group Manfred Mann, with whom he had several Top Ten hit records from 1962 to 1966. He presented The Blues Show on BBC Radio 2 for thirty-two years, from 1986 to 2018.

According to Wikipedia, Google, Forbes, IMDb, and various reliable online sources, Paul Jones (singer)’s estimated net worth is as follows. Below you can check his net worth, salary and much more from previous years.

Paul Jones‘s estimated net worth, monthly and yearly salary, primary source of income, cars, lifestyle, and much more information have been updated below.

Paul Jones who brought in $3 million and $5 million Networth Paul Jones collected most of his earnings from his Yeezy sneakers While he had exaggerated over the years about the size of his business, the money he pulled in from his profession real–enough to rank as one of the biggest celebrity cashouts of all time. his Basic income source is mostly from being a successful Singer, musician, actor, radio and television presenter.

Jones attended Portsmouth Grammar School and moved to the Edinburgh Academy for his last two years of school before winning an Open Exhibition in English to Jesus College, Oxford, although he did not graduate.

Jones was first married (1963–1976) to novelist and reviewer Sheila MacLeod. There were two sons from the marriage, Matthew and Jacob. He is married to the former actress, and latterly Christian speaker, Fiona Hendley-Jones. He converted to Christianity in the mid-1980s as the result of being invited by Cliff Richard to a Luis Palau evangelistic event. Jones had appeared opposite Richard in the 1960s, on a television debate show where he had, at the time, opposed Richard’s viewpoint. In December 2013 Jones was featured in BBC One’s Songs of Praise, performing and talking with Aled Jones about his faith.

Jones was pictured with his son, Matthew, for the front cover of Radio Times in 1973, along with actor Jon Pertwee (then starring in Doctor Who) and broadcaster Michael Parkinson.