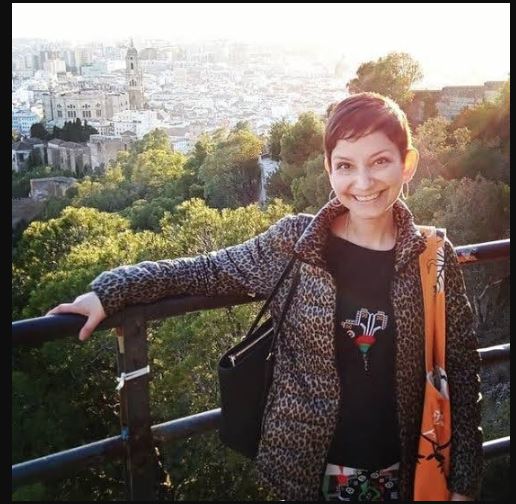 Josie Rubio, an editor, and writer who chronicled her life with cancer in a long-running blog and whose Op-Ed essay in The New York Times in August about dating while terminally ill drew a wide readership, died on Tuesday at a hospice facility in Brooklyn. Ms. Rubio, who lived in the Red Hook section of Brooklyn, is survived by her mother and boyfriend.

A beautiful bright star 🌟 passed away this morning. @JosieRubio accomplished more in her 42 years on Earth than most people do in twice the amount of time. In honor of her life, please read & share this remarkable essay she wrote for the @nytimes. https://t.co/MOe8zAmlFi

Josie Rubio earned a journalism degree from Ohio State University in 1998, then spent about a decade as a staff writer at Columbus Monthly magazine in Ohio.

Ms. Rubio later worked as a writer and editor at VIVmag, a digital women’s magazine; as a social media director and writer at ih8exercise.com, a website dedicated to turning couch potatoes into gym rats; and a contributing writer for dealnews.com, a comparison shopping, consumer news, and product-review site. In recent years she was an interactive producer for the Guggenheim Museum and a freelance writer.

Her friend Joselin Linder said the cause was complications of cancer. It was first diagnosed as Hodgkin’s lymphoma in 2013; she later developed neuroendocrine tumors.

Ms. Rubio wrote about grappling with cancer in the blog A Pain in the Neck, often finding humor in her struggle. In her last entry, “Hospice,” published on Nov. 16, she began by saying that “dying, as it turns out, is incredibly boring.”

That wry sensibility infused her Times Op-Ed essay, titled “Dating While Dying,” part of the Opinion section’s continuing Disability series, which explores the lives of people living with disabilities. In her article she detailed her breakup with her boyfriend of 12 years and her re-entry into the dating pool, sometimes writing in disarming fashion.

Josie Rubio, an editor and writer who chronicled her life with cancer in a blog and whose essay in The New York Times in August about dating while terminally ill drew a wide readership, died on Tuesday https://t.co/hWwXG2aYFJ

Josie Rubio Portfolio On her blog

I am a New York City-based writer and editor with 20 years of experience in print and digital publications. I’ve covered a wide variety of topics and interviewed everyone from pop stars to scientists.

I served as a social media director and a writer at ih8exercise.com, a website devoted to helping exercise haters become fitness lovers. During the launch of the health and wellness concept Aloha, I wrote, edited, uploaded and developed content Aloha’s online magazine as the content manager.

Josie Rubio About Her Cancer

Since my cancer diagnosis six years ago,” she wrote, “I’ve had poison pumped into my veins, tubes threaded into my neck, organs removed, radiation tattoos applied.”

She continued: “But meeting a stranger for a date filled me with dread. ‘I’d rather be getting a bone marrow biopsy,’ I texted my friends before marching out to meet my first date in more than a decade. But I went. And it was fine. Fun, actually. So I stuck with it and dated some more.”

The online version of Ms. Rubio’s article, published on Aug. 24, garnered more than 225,000 page views; it appeared in print the next day in the Sunday Review section. That same weekend she learned that her prognosis was grimmer than she had thought.