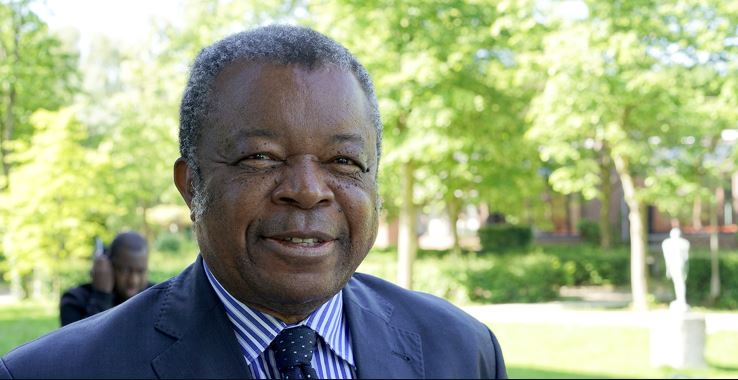 Jean-Jacques Muyembe is the General Director of the Democratic Republic of the Congo Institut National pour la Recherche Biomedical. He was part of the team at the Yambuku Catholic Mission Hospital that investigated the first Ebola outbreak and was part of the effort that discovered Ebola as a new disease.

Dr. Jean-Jacques Muyembe first encountered Ebola in 1976, before it had been identified.

But if you search “Who discovered Ebola,” you get a list of names — all white, Western men. Muyembe was written out of history.

He was educated in schools run by Jesuits. He studied medicine at the Lovanium University in the Democratic Republic of the Congo where he became interested in microbiology and graduated in 1962. He earned a Ph.D. in virology at the University of Leuven in Belgium, working on viral infections with mouse models.

He returned to the Democratic Republic of the Congo in 1973 and worked in outbreak control. In 1974 there was a cholera outbreak in Matadi, which was the first crisis that Muyembe worked on. 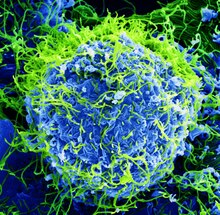 Muyembe was described by The Lancet as Africa’s Ebola hunter. He first came across the Ebola virus in 1976 at a Belgian hospital in Yambuku.Using a long steel rod, Muyembe took liver biopsies from three nuns who had died, but the results were inconclusive. He was the first scientist to come into contact with the virus and survive. Muyembe has been described as one of the discoverers of Ebola due to his work in the 1976 outbreak. He took the blood of a sick nurse, which was sent for analysis at the Institute for Tropical Medicine in Antwerp, then to the Centers for Disease Control and Prevention, where Peter Piot used the sample to discover Ebola. He was appointed the Dean of the University of Kinshasa Medical School in 1978. In 1981 Muyembe joined the Institut Pasteur de Dakar in Senegal, working with the Centers for Disease Control and Prevention to study the Ebola and Marburg virus. In 1998 he was made the Director of the Democratic Republic of the Congo National Institute for Biomedical Research.

He has acted as an adviser to the World Health Organization Emergency Committee on Ebola. Here he leads 15 researchers studying sleeping sickness, bas-Congo virus and the ebola. He has advised political leadership in West Africa.

He recognized the sociocultural challenges of ebola, trying to encourage hospitals to improve their infection control and community engagement. He worked with David L. Heymann on the ebola outbreak in 1995. He was called by the Director of the Kikwit General Hospital who was asking for help with an outbreak of deadly diarrhea. When Muyembe arrived, he recognized it was ebola, and sent samples for confirmation at the Centers for Disease Control and Prevention. He has chaired the international committees that looked to control the Ebola outbreaks in Gabon and the Democratic Republic of the Congo. He leads research into the reservoirs of the ebola virus in the DRC. In 2009 he demonstrated that the ebola outbreaks in the DRC were due to fruit bat exposure. He has developed an anti-Ebola serum therapy. There was a further Ebola outbreak in 2018, which took time to control due to delays in reporting. The Wellcome Trust and Department for International Development donated £1 million each. He pioneered the use of an Ebola vaccine to limit the spread of the virus, including vaccinating health professionals.

Muyembe has established multiple research facilities, including polio and influenza lab. In 2017 he partnered with the Japan International Cooperation Agency to build a research complex with several biosafety labs. As of 2018, the DRC still have none of their own labs to test for ebola.

In 2015 he was awarded the Christophe Mérieux Prize to study further research in the Congo Basin. That year he was awarded the Royal Society Africa Prize “for his seminal work on viral hemorrhagic fevers, including Ebola, generating the foundation of our understanding of the epidemiology, clinical manifestations, and control of outbreaks of these viral infections”. He was presented with the Lifetime Achievement Award at the 2015 International Symposium on Filoviruses. In 2018 he was named as one of Nature’s 10.

In 2019 he won the Hideyo Noguchi Africa Prize from the Government of Japan. 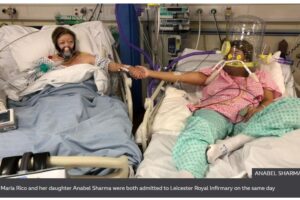