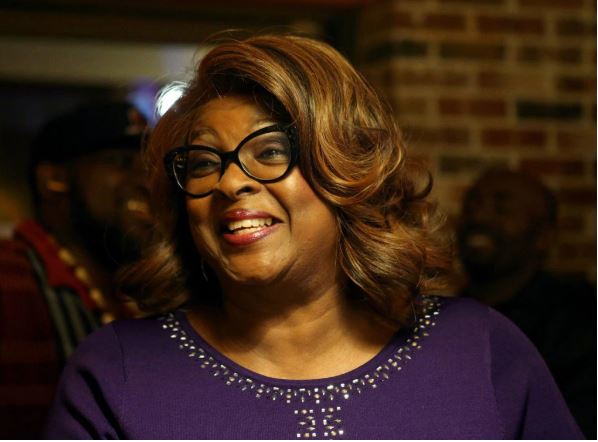 Ella Jones became the first African American and the first woman elected mayor in Ferguson, Missouri, on Tuesday, nearly six years after the city erupted in protests after a white police officer shot and killed Michael Brown, a teenager. . black.

Ella M. Jones is a member of the Ferguson City Council and won the city’s municipal elections on Tuesday, June 2, 2020. Jones will become the first female mayor and the first black female mayor in the history of the city when she is sworn in. Jones defeated councilmate Heather Robinett. Jones will succeed James Knowles III, who defeated Jones in the 2017 mayoral election and held the position since April 2011. Knowles was unable to run for reelection due to term limits.

Jones has worked as a chemist and church pastor, according to his campaign bio. She has served on the Ferguson City Council since 2015, when she was chosen as her first African American member. Jones succeeds James Knowles III, who was barred, for term limits, from running for reelection after nine years in office. Ferguson was at the center of a movement that drew national attention to race and the police in the United States. The protests after Brown’s death helped solidify the Black Lives Matter movement. In 2014, a grand jury refused to indict the white officer who fatally shot 18-year-old Brown. His family settled a wrongful death lawsuit against the city of Ferguson three years later.

According to his biography on the Ferguson City website, Jones has been a Ferguson resident for over 40 years. She has a bachelor’s degree in chemistry from the University of Missouri – St. Louis and completed municipal leadership training at UMSL’s Sue Shear Institute for Women in Public Life. Jones is also a pastor at the African Methodist Episcopal Church and is on the boards of the Emerson Family YMCA and St. Louis MetroMarket. As a board member, he served on human rights, trafficking, landmarks, seniors, parks, and boards of the West Florissant Business Association.

Councilwoman Ella Jones was elected mayor of Ferguson on Tuesday, becoming the first African American to lead the St. Louis suburb that became known nationally after a police officer killed a black teenager. Jones, who will also be the first woman to serve as the city’s mayor, secured her historic victory with 54% of the vote over Alderman Heather Robinett, who had 46%. “It is just our time,” Jones, 65, said in an interview Tuesday night. “It is my time to do the right thing for people.” When asked what his choice means for Ferguson’s black residents, he replied, “One word: inclusion.” Jones, a member of the Ferguson City Council, arrived immediately after another night of protests across the country over the murder of George Floyd and persistent police brutality against American blacks. Jones, 65, and his opponent Heather Robinett, 49, had vowed to continue with the changes enacted after the 2014 shooting in Brown, including a federal consent decree, a legally binding agreement requiring reforms in a police department. . . And both made it clear that they supported the peaceful protests after Floyd’s murder in Minneapolis, while condemning the violence that has erupted in several cities.