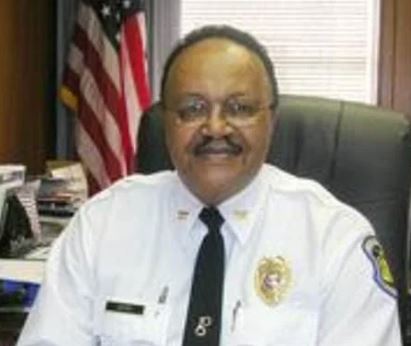 A retired St. Louis police captain who became a small-town police chief was found fatally shot early Tuesday outside a pawn shop that was looted after protests over the death of George Floyd turned violent.

David Dorn, 77, was discovered on the sidewalk in front of Lee’s Pawn & Jewelry in St. Louis around 2:30 a.m., said Police Commissioner John Hayden. He said Dorn, who retired from the St. Louis Police Department in 2007 and had been serving as police chief of Moline Acres, Missouri, since 2008, was killed when he apparently tried to stop the looting of the shop.

A retired police captain was killed during a looting overnight at a pawnshop in St. Louis.

David Dorn was passionate about helping young people and would have forgiven those behind the violence on the city’s streets, his son says. https://t.co/2pyZJMcu6a

His widow, Ann Marie Dorn, told the St. Louis Post-Dispatch that her husband was a friend of the pawn shop’s owner and frequently checked on the business when alarms went off.

A suspect was arrested by a SWAT team, but that person’s name wasn’t immediately released, Lombardo added.

While LVMPD officers were investigating the shooting, officers guarding the Foley Federal Building were confronted by an armed man around 11:22 p.m., Lombardo said. That suspect, who appeared to be wearing body armor, had multiple firearms.

“During the interaction, the subject reached for his firearm and our officers engaged him,” Lombardo said. The suspect, who hasn’t yet been identified, died at the hospital. It’s unclear whether that individual had been among the protestors, Lombardo added.