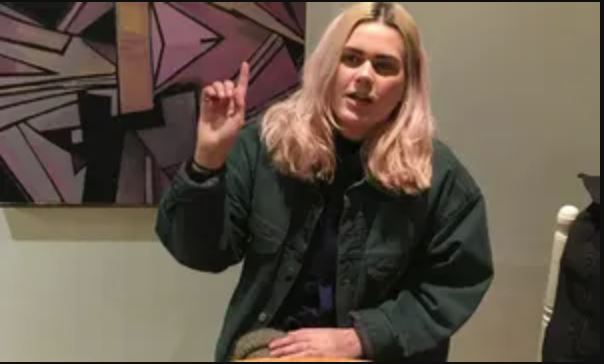 Bethan Roper 28, from Penarth n South Wales, died on a Great Western Railway (GWR) train near Twerton in Bath as she returned from a Christmas shopping trip with friends on December 1.

Woman died when she smacked her head on a tree while leaning out of a train window after having drinks at a Christmas market https://t.co/vjyFHJ6Uhg

.@GWRHelp could have done more to prevent death of Bethan Roper, 28, who died after leaning out of a train window, the Rail Accident Investigation Branch has foundhttps://t.co/LmbvgMrboB pic.twitter.com/7Lq9artRMu

Bethan and her friends boarded the train home at about 10 pm and the group stayed near the doors as the carriage near to them was full.

One of the groups of friends opened the window and at least one other friend of Bethan’s leaned out of the window before she did, according to the Rail Accident Investigation Branch.

An inquest into her death was opened and adjourned pending several expert reports.

A Rail Accident Investigation Branch (RAIB) report has now been published into Ms. Roper’s death after she died when her head hit a tree branch while leaning out of the moving train.

Bethan Roper listed a number of recommendations and key findings, including a toxicological report never seen before. It said: “The toxicology report concluded that the passenger’s blood contained 142 milligrams of ethanol per 100 milliliters.

“This is near twice the UK legal driving limit of 80 milligrams in 100 milliliters of blood.

“It is generally recognized that this would cause a level of intoxication in the average social drinker which may affect their coordination and judgment.

“However, the actual effect on the passenger involved is unknown.”

According to a report “The RAIB is satisfied that from her friend group one of her friend and at least one other friend leaned out of the window before the passenger who was injured did so.

“Witness evidence indicates that the passenger had her head out of the window for a few seconds before falling back into the vestibule having sustained a serious head injury.”

The RAIB noted that a sign warning passengers not to put their heads out of the window could have been clearer.

Speaking previously, Bethan’s dad Adrian said: “All of us who knew Bethan have been very privileged. She was beautiful in every way.

“Her goodness and fullness of spirit will live on in our hearts and actions.”

Bethan worked for the Welsh Refugee Council, having graduated from Cardiff Metropolitan University in 2013.

The charity, a sister organization to the UK-wide Refugee Council, works to help asylum seekers and refugees in Wales.