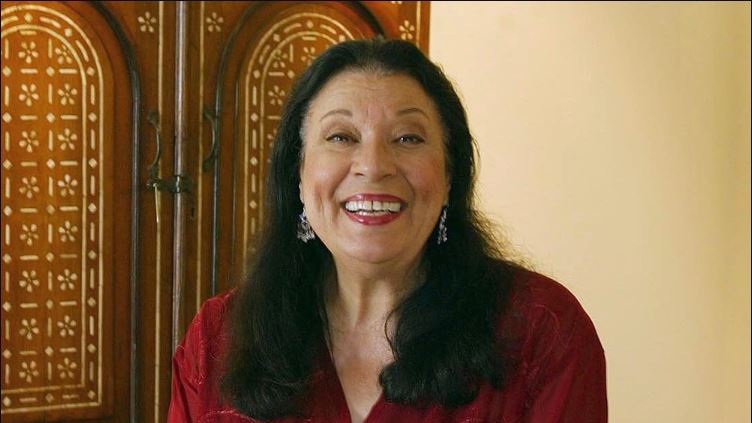 Shelley Morrison (born Rachel Mitrani, also known as Rachel Domínguez; October 26, 1936 – December 1, 2019) was an American theater and television actress. Her most recognizable role was as maid Rosario Salazar in the NBC comedy television series Will & Grace, which she played from 1999 to 2006. She was also a regular performer on the sitcom The Flying Nun, playing Sister Sixto, a nun known mostly for mangling the English language; and had a recurring role in the soap opera General Hospital in 1982.

Shelley Morrison Was 83 at the time of death.

Shelley Morrison Health and death Cause

Morrison underwent a lumpectomy for breast cancer in 1988, followed by a full mastectomy when cancer recurred in 1998. She had lung cancer and underwent surgery to remove the upper third of her right lung. Morrison’s lung cancer went into remission, but her breast cancer returned after the treatment in 1988 and 1998.

BREAKING: Shelley Morrison, an actress with a 50-year career who was best known for playing a memorable maid on “Will and Grace,” has died. https://t.co/GCLk6G1raL

Actress Shelley Morrison died at age 83. She was most known for her role as the memorable maid Rosario Salazar on “Will & Grace.” https://t.co/7PrfbTQ1eE

Shelley Morrison Cause of death

Morrison died at Cedars-Sinai Medical Center in Los Angeles on December 1, 2019, as the result of heart failure. She was 83 years old.

Morrison was born in the South Bronx, the only daughter of Sephardic Jewish parents, originally surnamed Mitrani. She was raised in the Bronx, New York, and her first language was Spanish. Her father, Maurice Morris, was a clothing manufacturer. Morrison moved to California with her parents in 1946.

Morrison went on to study acting at Los Angeles City College and landed early film roles in Divorce American Style and How to Save a Marriage (And Ruin Your Life).

From 1965 to 1967, she appeared four times as an American Indian, Linda Little Trees, in the NBC western television series Laredo (in the episodes “Yahoo”, “Jinx”, “No Bugles, One Drum”, and “Split the Difference.”) In 1967, she capitalized on her own experiences learning English to play the Puerto Rican nun, Sister Sixto, who had trouble with English in Sally Field’s show The Flying Nun. She would keep this role until the show was canceled in 1970. Morrison also appeared in the 1997 romantic comedy film Fools Rush In, starring Salma Hayek and Matthew Perry.

Among approximately 25 film appearances and 200 television appearances, Morrison portrayed a maid or housekeeper on 32 separate occasions. Morrison had just informed her agent not to offer her anymore “maid parts” when the call came for Will & Grace. In 2017, NBC revived Will & Grace for a new series of episodes. On August 3, 2017, co-creator Max Mutchnick announced to reporters that Morrison had been asked to reprise her role as Salazar on the show, but that she had ultimately decided to retire completely from acting. Although her last official acting role was a voiceover in the 2012 animated film Foodfight!, her final appearance as an actress was the 2016 election-themed webisode of Will & Grace.

Morrison endorsed U.S. Congressman Dennis Kucinich for President in 2008, actively fundraising, contributing to his campaign, and seeking votes for him.

In the last part of her life, Morrison lived with her husband of many years, Walter Domínguez, a Mexican-American, in a three-story apartment in Los Angeles – the same apartment in which her father had settled the family five decades earlier. Morrison and Dominguez adopted three sons and three daughters (adopted through a traditional Native American ceremony).